The room at Elkhorn Tavern greets its visitors with an inviting warmth as embracing as the tantalizing aroma of BBQ and the fire burning in the fireplace. Closing out the cold and freezing rain pelting the bustling Distillery District on Manchester Street, the room is full of happy, warm folks listening to the Marble Creek Rangers. Between the smell of food, the charms of the fire, all the people glad to be there and loving the music Eric Cummins and his band were providing, it was the perfect place to be on such a cold, dark night.

The Marble Creek Rangers lead is Eric Cummins, who pulled the band together mostly from his other two bands, the more electric sound of the Eric Cummins Band, and the beloved Allman Butter Band. The Rangers are a more acoustic sound, but very eclectic, hitting everything from Johnny Cash to Gillian Welch, The Allman Brothers, Billy Joe Shaver and Alejandro Escovedo in their covers, mixed with originals mostly written by Cummins, with a fast, upbeat bluegrass sound. But even those are not just Bluegrass.

“We cut a wide swath,” Cummins says of his band’s diverse tastes and talents. Joined by Martie Clough on bass and harmony, Brandon Bowlds on mandolin and harmony, Mike DeLong on drums and Don Rogers on fiddle and singing, the Marble Creek Rangers are a powerhouse of solid musical talent.

The room was full of people grateful to be off work on a cold Friday night. UK had just won the game, their colors were adorned on sweatshirts and hats throughout the room, the playoffs played silently on the television behind the bar, and the feel in the room was so comfortable. The Elkhorn Tavern serves food ordered at the bar, everything from beer cheese plates to BLT’s and Hot Browns. Serving a diverse selection of spirits, including their own brands of several kinds, the Tavern gives the feel of an old neighborhood pub. The stone walls, hardwood, classic bar candles burning and animal trophies adorn the space, and the Rangers fit perfectly by the closed tasting room. 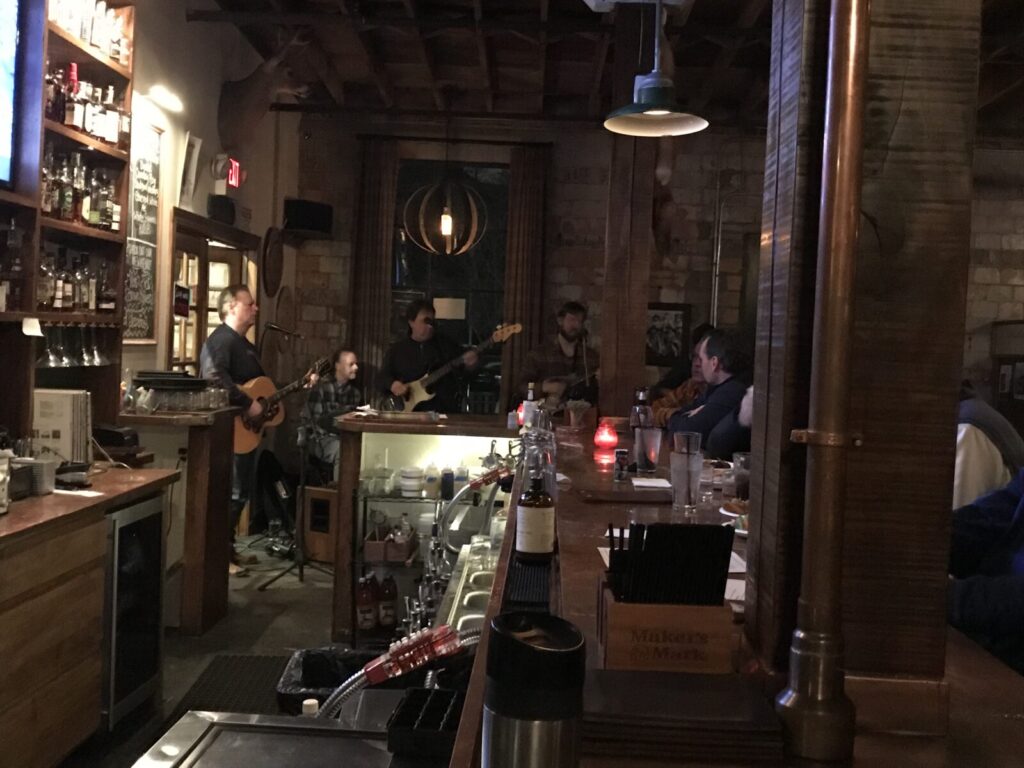 The drums were nestled back in the corner, Eric’s back was to the door and the sound of the band resonated and filled the space. Everyone seemed happy: happy to be there, happy the game was won, happy the band was playing high-quality songs with a good vibe.

Eric’s voice is solid, he can shift from Johnny Cash to Gillian Welch to Bruce Springsteen smoothly. His band is tight and has his back at every step, with every note. The fiddle and the mandolin partner perfectly, taking turns with their parts and making the music so alive folks were dancing around the room. Whether two-stepping or just shaking it where they stood, it was clear they were quite pleased with what they heard.

“Our best gigs come when folks are music lovers out in the crowd,” Eric later commented, and that synergy was clear on this recent night at Elkhorn. Musicians and crowd exchanged energies, and the friendly staff handing out delicious plates of food and good drinks made the fit quite pleasant.

The Rangers feed off the crowd as well-seasoned musicians do, and reflected that in their playing. They are the kind of band that can play steadily to a crowd full of talking people but still command their attention enough that they all join in on the chorus. Their songs are recognizable, and the originals they bring into the mix perfectly with the sound. Eric and the band do not do setlists for gigs. Rather, they have a treasure trove of songs they all know and have played together, and even more they could fall into with Eric’s lead should he feel inspired to do so. That is the beauty of a well-seasoned band of great musicians.

Fellow musicians have called Eric fearless in the past, winging gigs with faith in his musical talent and his bandmates. “In everything I do I like the element of danger. If it works out it’s a big thrill, like ‘hey we did it!’…people don’t mind seeing you be human. That’s the fun thing about getting off your couch and going to see someone play…something will happen.”

After a long life where he attempted music full time, even busking down in Florida, and realized it wasn’t a solid “business plan” for a man with a family and wanting a home, he began working at Wilcutt Guitars on Southland Drive and has worked there ever since. He knows many successful rock stars through his work but is happy to be a local musician who makes music with his friends after work is done, and gets to play for receptive crowds like the folks at Elkhorn last night.

“That’s the rewarding thing for me at this point: to go and play well and have fun making music with my friends.” 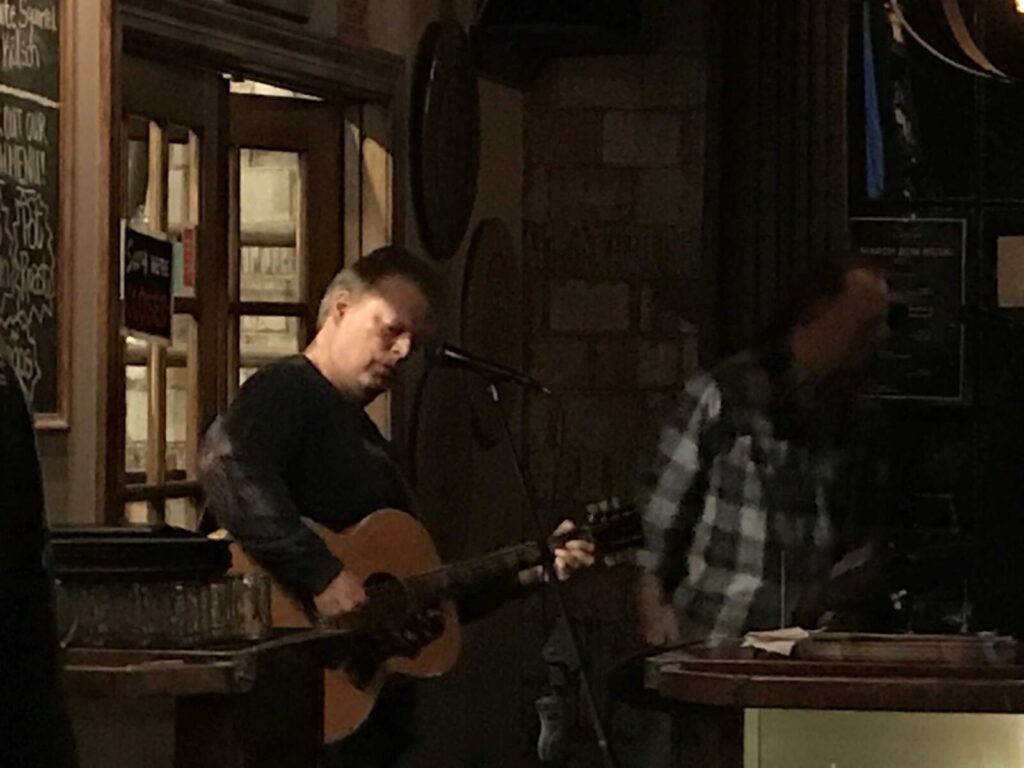 Eric plays regularly around town. You can catch The Eric Cummins Band at Parlay Social in downtown Lexington and the Paddy Wagon in Richmond regularly. The Allman Butter Band is playing The Burl on March 31st, and Marble Creek Rangers will be back at The Elkhorn Tavern later this month and are playing Inclusion Palooza at the Moondance Amphitheater April 21st.

After the Elkhorn show, Cara sat down for a chat with Eric Cummins: