The Future of Actors Theatre is in Its History

Actors Theatre of Louisville has, from the very beginning, been an institution capable of reinvention whenever the crucibles of time have demanded it. Faced with the demolition of its original home on Seventh Street in the 70s, legendary Producing Director Jon Jory knew where the company could go, listened to the needs of his community at the time, and saw to the creation of Actors’ current home on Main Street. That spirit is evident in how the company responded to the ramifications of the events of 2020, but not without making some difficult decisions.

Appointed in 2019, Robert Barry Fleming initially served as Actors’ artistic director before a series of administrative shakeups and staff cuts outside of his control left him in the combined role of executive artistic director, with little goodwill from the community.

“We went from over 100 employees at our peak employment to under 40 that we’ve been working with over the last couple of years,” says Fleming. “It was incredibly demoralizing.”

Actors was not completely unprepared for a scenario where audiences were unable to attend shows in person. “Doing a project that had a hybrid or digital component was something that was about five years away,” says Fleming. “If you are going to do any programming, that’s the only pathway that you would have, which meant for us, making that pivot immediately.”

The most natural segue was creating a multi-camera, high-definition shoot of a performance, which is exactly what Actors did with “Where the Mountain Meets the Sea,” a production that received its first performance just before 2020’s Humana Festival was shut down.

While an effective first step, it also felt like a hollow imitation of what theater is supposed to be: “[Consequently,] rather than doing a live event on a platform it wasn’t really intended for, we began to ask the question, ‘What does new media have to offer in terms of storytelling?’”

Answering this question involved looking at the team Fleming had at his disposal and acknowledging what competencies they had outside of theater: “A modern theater artist is someone who’s also like, ‘I’ve done film, and I have done TV, and I have done radio.’” This approach is refreshing when one considers that a common attitude is that theater should ignore modern media or be in competition with it.

The results speak for themselves. Much of Actors’ offerings received national attention and/or were especially innovative experiments. “The Keep Going Song” was a New York Times Critic’s Pick, and “Where Did We Sit on the Bus?” was nominated for a Drama League Award. “The Yellow Wallpaper” is an animated suspense-thriller based on Charlotte Perkins Gilman’s feminist masterpiece, and “Plague Doctor: Contagion 430 BCE-2020 AD” is an interactive video game developed in partnership with the Louisville-based studio Two Scoop Games.

This outpouring of new work does lead to the elephant in the room: There will be no Humana Festival in 2022. “There are lots of reasons why the model of that festival, when it started, was unique,” explains Fleming. “The whole field was in a different place. And I would say it’s similar to, when there was not TV, and then there was TV. Once everybody has TV, then you’re on to a different conversation.”

“I want people to understand that as difficult as it is, things do have to evolve and do have to change if they’re unsustainable and, particularly, if they’re unsafe and create harm…. There are good reasons why we’re going to have to find a different way and different means to support new work and emerging technologies. We’re as committed to that as we were previously… at a scale and with a focus that assures good, equitable, safe [work] in a comprehensive way, both economically and culturally.”

That cultural shift is yet another sea change brought about by the events of 2020, specifically regarding diversity, equity, and social justice. “Yeah, it was traumatic for me, like I think it was for many people,” admits Fleming. However, Fleming knows that it is his job to disseminate what was happening around him, happening within the community he currently finds himself in, and spend his days creating art that can help audience members process that shared trauma.

Part of Actors’ response has been to bolster its mission through its programming and diversify its staff. “Everybody has a blind spot, but having diversity means we might not have the same blind spot… I think [now] we really have a collection of very different points of view…. We’re a more effective organism together.”

Fleming isn’t alone in this endeavor. Board of Directors President Scott Schaftlein has been a patron since he was a child: “What I’m most excited about is where we’re going… the ability for us to embrace a vision that tells more Black and Brown stories, tells more working class stories… We have been expanding our storytelling, telling different stories using different multimedia to reach people that maybe hadn’t been reached before.”

Another one of the longstanding facets of Actors Theatre that has been suspended for the time being is its apprenticeship program. “We are creating an Actors Theatre that is set in better practices. [Actors sometimes] leveraged the apprentice program to do large productions, which wasn’t aligned with our core values in the sense that these were mainly unpaid or underpaid internships,” says Schaftlein. “[This practice] often excluded many people that could benefit from the apprentice program…. We believe we need to change to create a better and healthier environment for all of our employees, all of our creators and partners.”

Schaftlein goes on to say that things like the subscription model have changed to a multi-tiered membership system to allow for increased audience accessibility. Under Schaftlein’s leadership, a $10,000 board “give or get” has been removed to allow individuals more representative of the diversity in Louisville and with different areas of expertise to be part of it.

Neither Schaftlein nor Fleming pretends that this process has been or ever will be smooth. But as mandates and precautions have eased, Actors has begun the process of reintroducing live theater through a refocused lens. The company has produced a reimagined version of Actors perennial “A Christmas Carol” and showcased their renewed dedication to community partnerships, like that seen with the National Alliance on Mental Illness (NAMI) for “Every Brilliant Thing.” It’s out in schools in the community and creating stories rooted in social justice with “Threads of Our History,” and it’s even producing a live and expanded version of a play produced digitally during the more acute points of the pandemic with “Still Ready” in May.

Nevertheless, Fleming especially is aware of the frustration of some members of the public and the anxiety that change can instill in a theater’s audience, especially a theater as beloved by its community as Actors. After all, running an arts organization is not dissimilar to creating art itself: the final creation is almost never precisely what was first envisioned by the artist, and the process to get there is, in many ways, unknowable until one finds themselves on it.

“…recognizing there’s always a path. And that’s what we focus on. The path and not on the fear and the reduction, the limitation, because that’s how anything great has ever been achieved. I’m just very proud to be a part of an organization and a collective of folks that that’s where they’re focusing. Because I think we’ve already achieved some great things and I look forward to what is to come.”

The community has supported Actors in troubling times before, and Actors has also done what theater does best: helping community process trauma and fear. Only time will tell how it all plays out, but history is on Actors’ side.

Publishers Note: This article was submitted to UnderMain prior to Ben Gierhart’s hiring at Actors Theatre of Louisville. 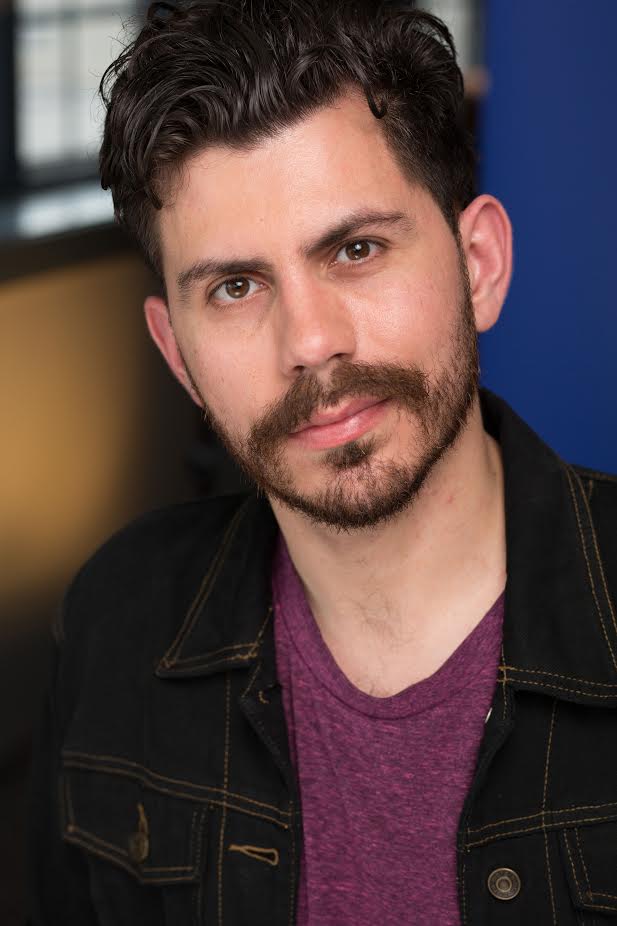 Ben Gierhart
Ben Gierhart (he/him) is a playwright/theater artist and arts writer based in Louisville, Kentucky. His work has appeared in the LEO, WFPL, QueerKentucky, Ruckus Journal, and Tor.com.