Review: Fenton Johnson’s Meditation on Solitude as a Way of Life

In this pandemic year of lockdowns and social distancing, many of us have spent more time in solitude than we ever have before — or would ever like to again. Events have been canceled and gathering places shuttered. Close encounters with others feel strangely uncomfortable, even risky.

But for some people — especially creative people — solitude has always been a way of life. Many writers, artists, musicians and thinkers prefer to spend long periods of time alone. In silence and reflection, they draw on their imaginations to create.

Fenton Johnson has always been one of those people. The Kentucky-born author of seven books, including three acclaimed novels, explores this idea in a timely and beautifully written new book, At the Center of All Beauty: Solitude and the Creative Life (W.W. Norton, $26.95).

Like the concept of solitude, Johnson’s book is hard to label. It is part memoir, part philosophical musing and part biography. While exploring his own lifelong relationship with solitude in almost lyrical prose, Johnson profiles a diverse cast of 11 famous creative people from the 19th and 20th centuries and examines how solitude shaped their lives and work.

“The word single, which is what we commonly use, has no meaning outside of marriage,” Johnson said in a recent interview via Zoom from Tucson, Arizona, where he is an emeritus English professor at the University of Arizona. “Solitary is something completely different.”

Johnson noted that many solitaries are married or in relationships. Many of them like to be social and spend time with others — just not all the time. Solitude, he said, is very different from loneliness.

“We don’t like to believe this, but loneliness is an invention of capitalism,” he said. “The word lonely prior to 1800 is used to mean something like what I mean with solitude: a noble, exalting place from which one can look at the world and nature. Take Wordsworth’s poem “I wandered lonely as a cloud.” He’s comparing being lonely to this beautiful floating independent phenomenon. Then industrial capitalism comes along, and people are forced from the countryside into cities and the alienation that arises produces a phenomenon that we in English call loneliness. It’s interesting to note that the word loneliness is almost unique to English. French, which I speak pretty fluently, has no equivalent for it, nor does Italian. They have only solitude, which I use to mean that place of deliberately choosing to be alone in order to explore your own thoughts, the beauty of the world, your relationship to the infinite however it is you define that. All of those grow out of solitude.”

“The playing field of the imagination is silence, is solitude,” Johnson said. “Our lives are like water. If we don’t have a vessel to pour them into, they dissipate and are lost. What you do in those moments of silence and solitude is effectively you create the vessel into which you pour the material of your life. Otherwise, experience, as we all know, slips away from us.”

Johnson grew up in Nelson County, the youngest of nine children in a working-class Roman Catholic family. Despite that — or perhaps because of it — he realized early that he was a solitary. Being gay also had a lot to do with it.

Johnson had good role models for solitude. Despite presiding over a hectic household, his parents each found time for their individual pursuits — his mother raised orchids, cacti and founded New Haven’s public library. His father, who worked for a bourbon distillery, loved to tinker. His passion was building a remote cabin in Grayson County, near Rough River Lake.

“They spent long stretches of time alone,” Johnson said of his parents. “In my imagination, the ideal relationship is to have parallel lives, where you have two people who enjoy their time alone, have separate lives and then come back together and have the pleasure of ‘show and tell.’ In the most profound relationship in my life, with my partner who died of AIDS in 1990, that was the nature of our relationship, and it was very satisfying.”

Johnson’s best early role models for solitude were his famously solitary neighbors, the monks at the Abbey of Gethsemani, and especially the late Thomas Merton, the famous writer, thinker and mystic. Johnson was named for two of the abbey’s monks, who often joined his family for dinner. As a boy, Johnson knew Merton and often visited the abbey. Later, as a writer, Johnson would make monks characters in his novels. His 2004 book, Keeping Faith: A Skeptic’s Journey, was based on time living with Catholic and Buddhist monks and exploring Eastern and Western contemplative faith traditions.

In 2003, when Johnson turned 50, he applied for a writing grant from the Arizona Commission on the Arts. “I needed something to put down,” he said of trying to decide what to explore with the grant. He realized that much of his work revolved around ideas about solitude. So he proposed a memoir that also would include traveling to the haunts of famous solitary creatives.

“I also realized a demographic fact, that people who live alone are one of the fastest growing demographics, not just in the United States but throughout the developed world,” he said. “Especially women. If they’re given the economic opportunity to live alone, they will frequently do so. So what’s that about? One of the pleasures of being a writer is that one gets to pay attention to circumstance.”

While the most poignant and beautifully written parts of this book are about Johnson’s Kentucky childhood, his profiles of eleven famous creatives open new windows onto their lives and work. Many of his choices are no surprise: the writers Henry David Thoreau, Emily Dickinson, Eudora Welty and Henry James were well-known loners. So was Bill Cunningham, the quirky street fashion photographer for The New York Times. But who knew the French painter Paul Cézanne, who lived and painted alone, visited his wife and son only one afternoon a week? The writer Zora Neale Hurston was a solitary, despite many stormy relationships, as was the singer Nina Simone. And then there is Rod McKuen — “the poet that critics loved to hate,” as Johnson describes him — whose lived a solitary life, yet had rich working relationships with other artists ranging from Frank Sinatra to Dolly Parton.

One profile subject unfamiliar to many readers is Rabindranath Tagore (1861-1941), the Bengali poet, writer, painter and composer who won the Nobel Prize in Literature in 1913. Johnson writes about a fascinating journey he made to India in search of Tagore’s legacy.

Johnson spent many years writing this book. The manuscript was finished months before the killer virus emerged from a wet market in China. It is terrible timing to publish a book at the beginning of a global pandemic, when bookstores are closed and in-person readings and signings are banned.

But, in many ways, this book is timely, which is why his publisher had him write a new epilogue for a paperback edition that will be released next March. That gave him a chance to put the book in context — not only with the pandemic, but with Black Lives Matter protests and other events.

“The biggest philosophical question is, can we learn from experience?” Johnson mused. “We need to confront our history — racism, class, misogyny, homophobia. We aren’t going to figure out a response to that unless we sit down and shut up and really think about our society and our particular individual place in it. Addressing these issues is an act of imagination. You’ve got to imagine a better world before you can act to achieve it.”

Johnson’s book is a rich examination of solitude — something many of us tend to avoid, at least when we’re not forced into quarantine. Even if you don’t consider yourself a solitary, this book can help you see value in personal reflection, contemplation and enjoying without shame time spent alone with your imagination. At the Center of All Beauty is a good book with which to shelter in place.

UnderMain book reviews are provided in partnership with the Carnegie Center for Literacy & Learning where Tom Eblen serves as literary liaison. Eblen, a journalist, writer and photographer, was metro/state columnist for the Lexington Herald-Leader from 2008 to 2019 and the newspaper’s managing editor from 1998-2008. He returned to his hometown in 1998 after 14 years with The Atlanta Journal-Constitution and five years with The Associated Press. Tom has won many awards, including the 2013 media award in the Kentucky Governor’s Awards in the Arts. He was inducted into the Kentucky Journalism Hall of Fame in 2016. He was a contributing author for the  book Bluegrass Renaissance: The History and Culture of Central Kentucky, 1792-1852 (University Press of Kentucky 2012). 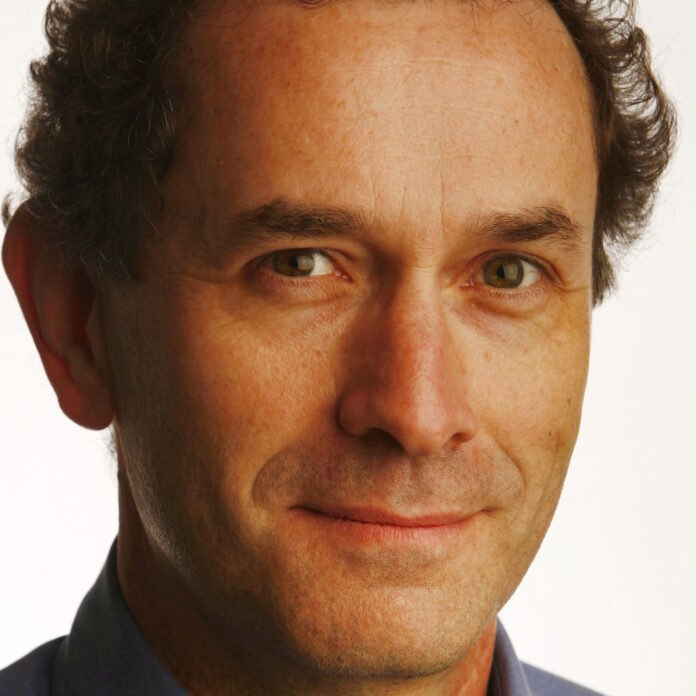 Tom Eblen
Tom Eblen, retired columnist and managing editor of the Lexington Herald-Leader, is the literary arts liaison at the Carnegie Center for Literacy and Learning. Previously a reporter and editor for The Atlanta Journal-Constitution and The Associated Press, he was inducted into the Kentucky Journalism Hall of Fame in 2016.