Singing Through a Plague

I’ve always been a nightclub person, and I don’t know why. Maybe because I was 10 when the second British Invasion members began climbing onto American shores; sylphlike English boys dripping wet and sporting little more than a Speedo, amazing abs, a smoky eye, and a dagger clenched between determined teeth. Americans were in on it too. Cheap glamour and LinnDrums, when you’re growing up in Kingsport, Tennessee, like I was, are complete aphrodisiacs.

In mid-2020, though, when we all were told to lock ourselves away in our homes, English singer Jessie Ware unleashed a pulsing electromagnetic wave of Neo-disco, an album she had planned to release with a string of parties around Europe. But in the wake of COVID, the album became a global anthem for dancing and singing alone. Jessie was deeply, heavily pregnant with her second child, and with so much unknown about COVID, she couldn’t take the risk. Jessie was angry and lonely, and so were we all. She released the record anyway, and it struck a chord.

Róisín Murphy was angry, too, and took to her Instagram Live to host a series of wild, psychedelic parties in her own living room, by herself. Around the world, people began to follow her lead. Róisín released a deep, thumping war drum of bass-fueled remixes, less focused on lightness and brightness than Jessie’s record, more like a statement of resolve and determination set against a muscular bodyroll; I dare the world to make me feel weak and unbeautiful.

Halfway through May 2020, I was thoroughly done with Chicago Mayor Lori Lightfoot screaming at us on social media to stay in our houses, and since I grew up with AIDS as a backdrop, I knew to listen to science over politics. Politics wants you to act how it benefits itself. Science just wants you to live. So I strapped a deep bass Bluetooth speaker to my backpack, put a mask under my chin, and jumped on my bike for ten loud, adrenaline-fueled miles around the city, every morning. And I sang, at the top of my lungs, to nobody. To the traffic, I suppose. To the dogs and the birds and the trash.

I remembered that I can sing, and eventually, after doing it for so long on that bike, I found a vibrato in my voice I didn’t know I had. That made me feel even more resilient. Even though the world felt like it was dissolving, I could be loud – and in a way I never have been.

I started adding trash disco pop from the early 1980s to my playlist that was decidedly embarrassing in their creators’ oeuvres. Things people made when they were too young to know better. Warm Leatherette. New Life. Everybody. Blue Monday. And, do you know, people recognized those songs in public, and they sang or danced in their cars and at crosswalks when I pulled up at a red light. (Literally, everybody knows the words to Into the Groove, no matter their age. Who knew?)

Now that it’s been two years since 2020, my legs are a lot stronger, my voice is a lot louder, and I use the bike to run all my errands. I don’t really drive anymore. I sing everywhere, at the gas station, in the grocery store behind my mask, in the deli, and I don’t really care what the rest of Chicago thinks about that. The show’s for me, not them. They can enjoy or sneer or sing along, but this is a weird trick that the pandemic gave me. Just me. 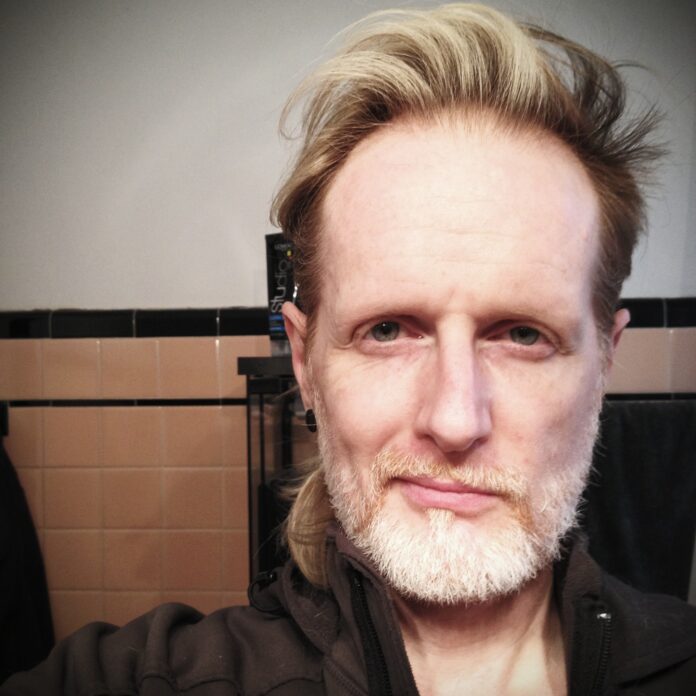 Patric Kinghttps://xotype.co
Patric King is a type designer and developer on the west side of Chicago, IL, Avondale. Since 2020, he has created Big Shoulders, Chicago's official typeface for the city's brand, and redesigned UnderMain under direction of its founders.